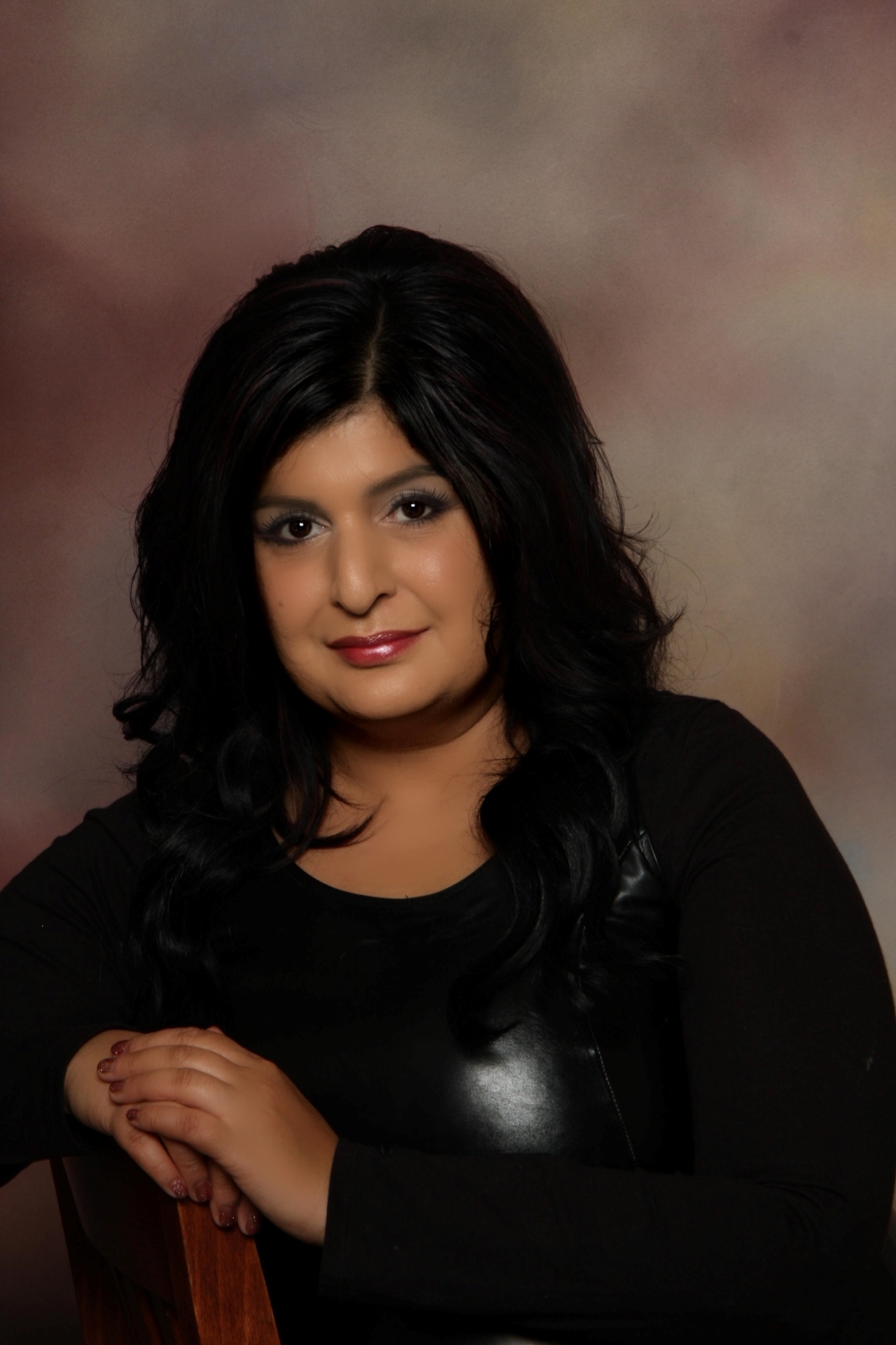 It’s a crazy feeling to become famous and recognized in the same city that you were raised in. This is Naz’s story.

Naz Sohni Uppal is a household name in the city of Edmonton and beyond; starting her radio career in 2006 and her television career in 2012. She – is a successful Radio and Television Personality and Producer who has worked on programs airing across Canada in both Alberta and Ontario, specializing in Culture, Community, the Arts, and Entertainment. She has worked for multiple television and radio stations, including OMNI TV, CityTV, and 101.7 FM for a weekly cultural news program, an entertainment news program, and daily variety news program. And she has performed in multiple platforms, creating content in print, radio, television, a national wedding magazine, the web, and social media. Her most celebrated radio project has been her series production, Ramadan Moments. She has always been very passionate about chasing her dreams.

Naz’s storytelling career began at a station in Edmonton, Alberta, where she did her first live cast at the age of 26. A 15+ year radio veteran and a 10+ year television veteran, Naz has created a unique space for South Asian cultural contributions across genres of media by spotlighting South Asian music, movies, and culture and she’s doing it with heart and soul. Naz recalls listening to music, singing, and writing song lyrics in her teens. She then turned that obsession into a career that has put her on the map in Canadian entertainment. Naz Sohni Uppal has built her career around showing stories of people from communities that are finding a space and place for their culture and identity in Canada. Naz has also taken time to mentor and educate young people interested in a radio and television career.

Naz’s unique perspective offers quality stories that reflect our multicultural landscape. Naz strives to breakthrough barriers to be a journalist that empowers BIPOC Canadians every single day. She has a deep love and appreciation for South Asian and BIPOC cultures. She credits her passion for diverse storytelling as playing a pivotal role in her success. She is not just a producer, she is a change-maker. And she is the first person in Canada to speak about and present Bollywood entertainment on traditional mainstream Canadian television (CityTV).

Naz is extremely creative. She enjoys the creative process starting with research and a rough draft, working towards a finished product, and seeing the end results. She can shoot, write, edit, and produce stories. She can also host, anchor, and present. For her, nothing is impossible.

Naz moved to St. Albert, Alberta at the age of 11 and she is now based in Edmonton. But she has lived in multiple cities including: Montreal (QC), Winnipeg (MB), St. Albert (AB), Colorado Springs (CO), and finally Edmonton (AB). As a very active member of the community, she is passionate about giving back and has volunteered: by speaking at author conferences; by speaking at Career Days; as a writer in schools; and by performing storytelling.

Naz is the founder of a series of short stories about what it’s like growing up South Asian in Edmonton. The series is called Summayah’s World; she writes, presents in schools, and is working towards creating the series. She is also the key founder of a drama club for South Asian teens in which students workshop these stories. The awards Naz has won include: Top 40 Under 40 Award (Edmonton); Excellence in Radio (Canadian Ethnic Media); Excellence in Print (Canadian Ethnic Media); Heritage Hero Award (CTV Television and Edmonton Heritage Festival); and she was honoured with a seat plaque in Triffo Theatre, Allard Hall, MacEwan University. In her spare time, Naz enjoys travelling to bucket list locations (she loves travelling), playing badminton, and is an avid adventure-seeker.

Not everybody gets a chance to live out their dream. Naz did and she still does.

I was first bitten by the journalist bug at the age of 10 after visiting a television station open house in Winnipeg. Flash forward to now, I am the first Pakistani-Canadian in Alberta to work in radio, television, and in print all at the same time. And I am the first person in Canada to speak about and present Bollywood entertainment on traditional mainstream Canadian television, CityTV.

Here is a brief introduction to what I’ve done:

OMNI Television: I worked on 4 television programs with OMNI Television, a multicultural/multilingual channel based in Canada. I presented news stories for television shows Culture Avenue Alberta, Culture Avenue Ontario, V-Mix Ontario, and I operated and sometimes translated for Focus Punjabi Alberta. Culture Avenue Alberta and Culture Avenue Ontario were programs where I would be invited to a particular holiday or celebration, religious or cultural, and present a story that teaches fellow Albertans and Ontario residents about the holiday or celebration, about the community that celebrates it, and why it is celebrated. We touched on every international holiday and celebration you could imagine. Some of my stories were about: Eid ul Adha; the Hindu Society of Alberta; International Week celebrations; the Toronto Brothers musical act; the Shree Sai Baba Society; the Philippine Students Association; the Kokopelli Choir; and the Sikh Students Society. With V-Mix and Culture Avenue, I presented stories about musicians and artists who were either immigrant Canadians or first-generation Canadians or defined themselves as ethnic artists. I would search out these amazing artists, we would record them playing live, and then l would interview them on their journey and experiences growing up in Canada and becoming musicians and it would air all across Canada. Some of my stories were about: fusion dancer Aasttha Khajuria; singer Josh Sahunta, musician Erica Viegas, singer Dahlia Wakefield, singer Jasmine Singh, tabla genius Ojas Joshi, and artist Nuela Charles. At Focus Punjabi, we would discuss world issues in the language of Punjabi. I would verbally translate the discussion into English for the director to understand as it aired live.

CITYTV: At City TV, I presented as part of the package known as "Entertainment City." Each day, I would share stories about what's it's like growing up as a South Asian in Canada, using entertainment as my platform. I would describe the people and how they live, what's important to them, how they view society, important events and practices, and of course, their culture. My stories also talked about other ethnic communities around the world. Some examples of my stories include: a Bollywood theme park that opened up in Dubai; learning cultural dance moves live on air; international films to watch on Father's Day; partition and what it did to lndia and Pakistan; cultural significance and stamp left by musician Mohammed Rafi; the ancient city of Mohenjo Daro; the history of the Kohinoor diamond; an introduction to wedding songs from the latest international films; Pakistan's version of Sesame Street, Sim Sim Hamara; and lnternational Superheroes abroad. I also presented stories like: is Hollywood changing Bollywood; the Times of India Film Awards held in Toronto, Ontario; and the purpose of songs placed in Bollywood films.

WORLD FM: I have worked with 101.7 FM Radio from 2006 to 2020. As the name gives away, this is a radio station that broadcasts to multicultural communities in Alberta and all over the world. With my job as radio host and producer, l’ve spoken on everything you can think of during my 14 years there. Some categories include: culture, people, communities, entertainment, relationships, weddings, families, beauty, fashion, health, lifestyle, food, celebrities, music, film, art, multicultural events, celebrations, and practices. I was able to bring listeners international news and topics from their ancestral land, into their homes here in Canada each and every day. My most proud achievements so far: my award-winning radio features, "Ramadan Moments (35 episodes)" and "Hajj Moments (2 episodes)." Ramadan Moments explored why Ramadan is the most holy month for Muslims; how Eid is celebrated; what the community spirit is like; and historic lslamic events during the month of fast. Hajj Moments was an in-depth look into the Hajj pilgrimage from the eyes of both Muslims born in the faith and reverts to lslam. Both these projects won journalism awards. Since joining the station, viewer ratings soared and I quickly became one of the team’s greatest assets. I also prepared programming for the German shows, Religious Polish, and other South Asian shows as editor and operator. And I set up audio for Hockey Night in Canada Punjabi Edition and FC Edmonton Soccer as well as host their radio on-air pre-game, mid-game, and post-game party shows.

OTHER: My print work includes stories such as: the popularity of truck art in Pakistan; the artistry behind magnificent mehndi; and Dolce & Gabbana debuting a line of high-end hijabs and abayas.

The job I do is about the people who trust me to share their stories. It is about the communities I get to feature. It is about the lives I change every day. I always wanted to make the audience welcome into my world. Now, everyone in Edmonton knows my name as a person who creates content for all Canadians to enjoy. And my career in media has finally connected my family to everything they left behind in Pakistan. Some lessons I’ve learned along the way: just be yourself, own your truth, and dream big.

Why did you join The Sifarish Network?
“I have a passion for making connections with other inspiring people. The job I currently do is about the people who trust me to share and tell their stories. And it is about the lives I get to be a part of. I would like to create more connections with more likeminded individuals. Together we can make a huge difference in our community by bringing people together from all walks of life to not just build a network, but to build a community of cheerleaders who uplift and boost one another. I look forward to meeting others in the Sifarish Network.”